Golborne’s Atherton family joined Alpha Solway, part of the biggest British-based PPE manufacturer Globus Group, at the start of the Covid-19 crisis on a mission to ‘do their bit’ for the NHS 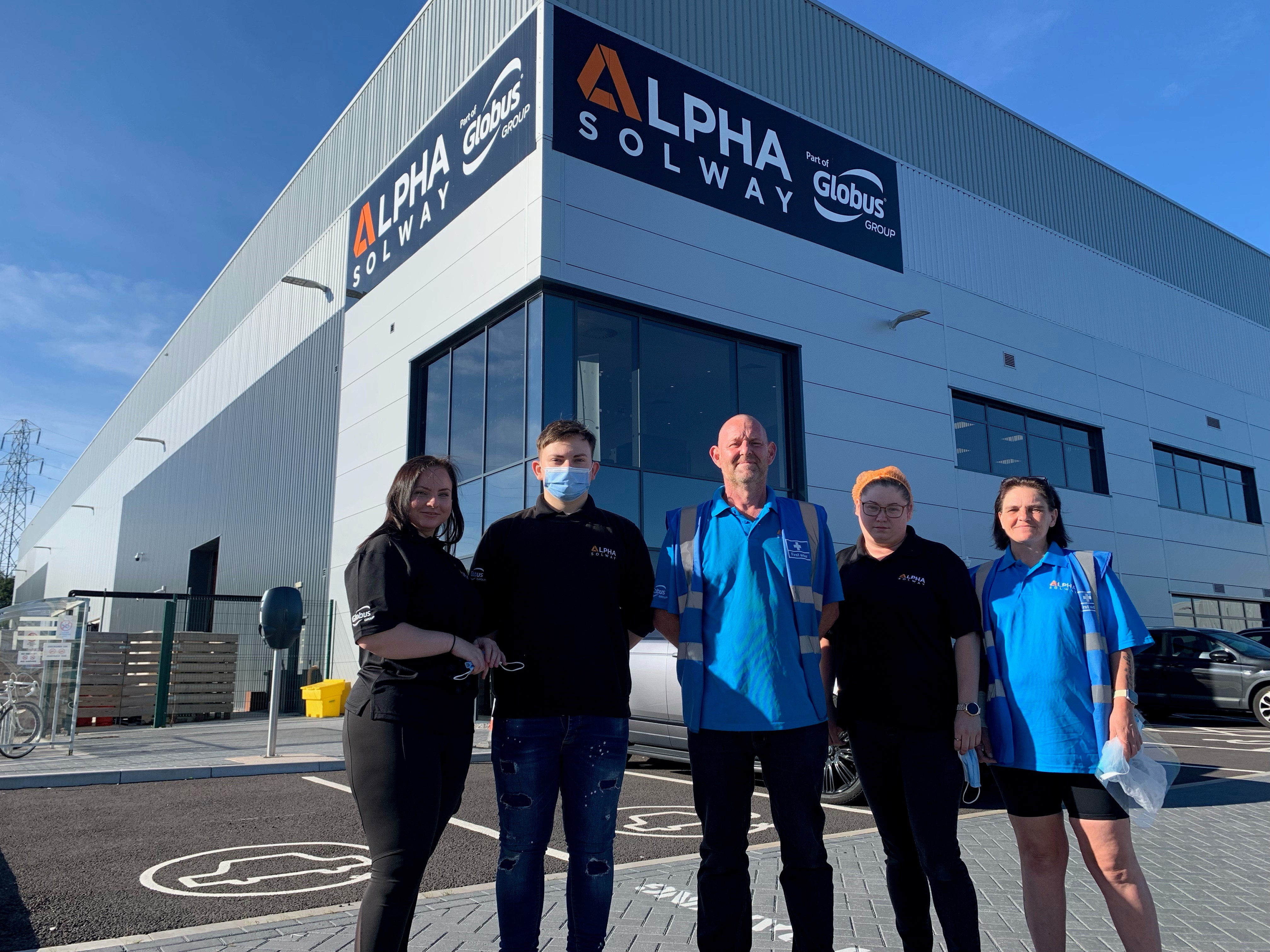 When the Covid-19 pandemic hit, the country encountered an economic crisis, with people across the country facing redundancy due to industries being forced to close virtually overnight.

However, the demand for personal protective equipment (PPE) was huge. This saw Globus Group, the biggest British-based PPE manufacturer, accelerate plans to produce 75% of products in the UK, leading to the largest recruitment drive the company has ever undertaken.

Hundreds of employees were taken on by the business in a matter of months. Globus Group is now on track to employ a total of over 1,000 new recruits by the end of 2021.

Amongst these new recruits were the Athertons, a family-of-seven who joined Globus’s Alpha Solway factory in Golborne with a very poignant motivation for the new role - making PPE for frontline workers in the NHS.

Steven Atherton started at Alpha Solway in February after 11 years at his previous job at a construction firm, joining his wife Amanda who started her role as a production operative at the factory in November last year.

Amanda commended: “I enjoyed working at Alpha from the get-go, especially after the uncertainty of trying to find a job over Covid-19.”

She joked: “I thought it was going to give me some respite from family chores but then they all followed!”

Steven initially started in February as a weekend worker before deciding to quit his previous job and join Alpha Solway full time as a team leader. Steven made the decision following the death of his close friend Gordon Fairhurst after he suffered a short battle with Covid-19 in March 2020.

The 48-year-old explained: “After witnessing first-hand the horror that Covid-19 was inflicting on families across the country, I was desperate to give something back and help the NHS.

“Close relatives of mine are key workers within the NHS and the police, and I wanted to join them in contributing to the efforts of protecting the public from Covid-19. My job at Alpha Solway has provided me with a purpose throughout the pandemic and it’s good to know I’ve made a positive contribution during these difficult times.”

Since the Atherton couple started, five other members of their family have followed in their footsteps including daughter Chloe, 23, and nieces Kathleen, Heather and Ellie with some having lost their previous jobs due to the economic disaster caused by the pandemic. But the most moving hire has been their 21-year-old son Thomas who suffers with deafness and has struggled to get employment since leaving school.

Alpha Solway supported Thomas throughout his journey, helping to provide him with a cochlear implant and putting measures in place to aid his career.

Steven said: “I’m very proud of the company and what they have done for my son. He has achieved so much since starting at Alpha Solway and it has boosted his confidence significantly. I can’t emphasise how grateful I am for the support he’s received and how much people here have done for him.

“Finding permanent work here has been a lifeline for me and my family and has completely turned our world around for the better since the start of the pandemic.”

Helen Dawson, Head of People at Globus Group, added: “With over 25 years of heritage, we’re proud of our family-feel culture and it’s wonderful to see families like the Atherton’s progressing and adding such value to the company. Thomas is such an inspiration to many other workers at the site and we’re proud to have him on our team.

“Faced with the challenge of a large-scale recruitment drive, Globus has prioritised long-term investment in its people. We wanted to create viable local jobs for the community and ensure growth and expertise at our regional factories.”

Headquartered in Manchester, Globus group quickly cemented viable domestic supply chains by investing in two new UK manufacturing facilities at the start of the pandemic. This allowed the company to guarantee the reliability of supply and performance of its products and provided the freedom to ensure a better fit and higher levels of respiratory protection.